Fulham were left to rue a lack of VAR, as Javier Hernandez's handball goal set West Ham on their way to a 3-1 victory at the London Stadium.

In a chaotic opening few minutes, the Cottagers' Ryan Babel went from zero to hero in a matter of moments. After spurning a gilt-edged chance just 40 seconds into the match when through one-on-one with Hammers goalkeeper Lukasz Fabianski, the Dutchman made amends when he swept home from a Ryan Sessegnon cross just two minutes later. 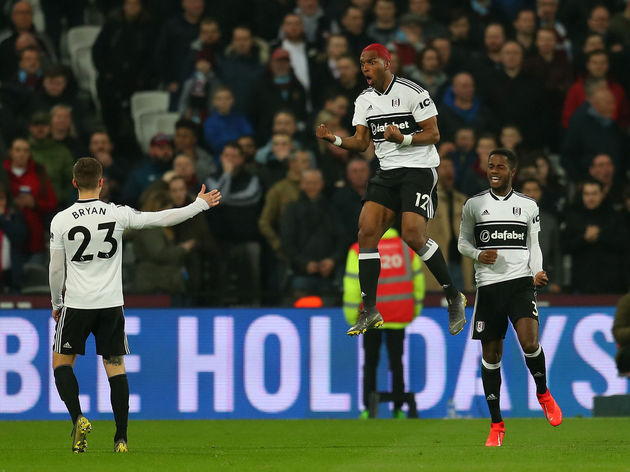 With the Hammers struggling to create significant chances against an impressive Fulham, the game's biggest – potentially season-defining – controversy struck. After Sergio Rico failed to deal with a corner, Angelo Ogbonna's flicked header saw Javier Hernandez divert the ball into the back of the net with his hand, leaving Claudio Ranieri fuming on the sidelines.

Buoyed by grabbing an equaliser, Manuel Pellegrini's side took the lead five minutes before half-time when Issa Diop met a Robert Snodgrass corner with a towering header. The comeback seemed to suck the air out of the visitors, with the Hammers making their pressure count in the final moments of the game when Michail Antonio headed home from a Marko Arnautovic cross to seal a 3-1 win. 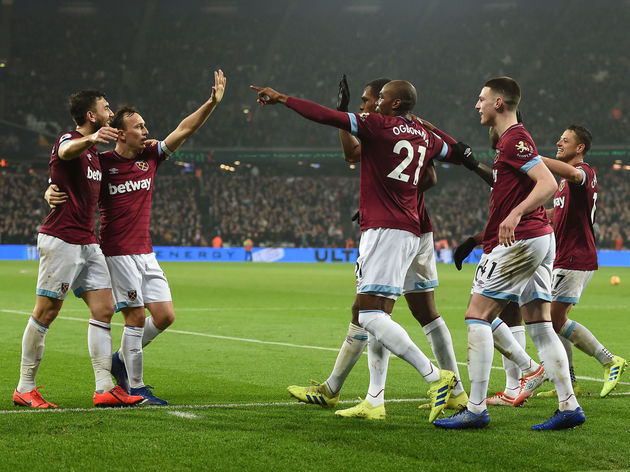 With the Hammers firmly in mid-table, Manuel Pellegrini's side are amongst a clutch of teams looking to be the best outside of the 'big six'. Facing a team on Friday night languishing in the drop zone, ​West Ham fans were expecting a statement-making performance. The Hammers looked way short of their best under Hernandez's goal, but in the end did enough to see out the game and secure all three points.

Perhaps more than the victory itself, ​Manuel Lanzini's long-awaited return from injury was the biggest boost for Pellegrini, who will be hoping he can finally name a tantalising front three of ​Marko Arnautovic, Felipe Anderson and the mercurial Argentine in the weeks to come.

Arnautovic, Lanzini and Felipe Anderson could be deadly.

STAR MAN - With the arrival of big-money signing Felipe Anderson deservedly taking most of the limelight this season at the London Stadium, Robert Snodgrass turned in a performance of the highest quality against Fulham to outshine his Brazilian teammate.

The winger's deliveries from out wide and in particular from set pieces struck fear into the visitors, with the Hammers' opening two goals coming from Snodgrass corners. Even at 31, the Scotland international remains an important part of Manuel Pellegrini's squad.

1. The quality, condition, or fact of being exact and accurate.

44' Nine corners for West Ham this half and all of them bar the first one have been on the money. Snodgrass's delivery has been pretty much bang on. [2-1] #WHUFUL

With rumours that his position as ​Fulham manager is far from uncertain, Claudio Ranieri was in desperate need of a positive performance and result to kickstart the club's hopes of an unlikely relegation escape. Within two minutes the Italian got exactly what he wanted when Babel gave the visitors the lead, but the former Leicester City boss' joy was short-lived, in a moment of huge controversy.

​Hernandez's equaliser midway through the first half appeared to come via the aid of his hand, and Ranieri was understandably upset on the touchline. With all the talk of VAR in the midweek Champions League game involving Manchester City, here was a moment where the use of technology would have been so beneficial. If Fulham are to go down this season, then they may rightly point out to this game as being a significant moment in their downfall.

STAR MAN - Since arriving from Arsenal on a season-long loan, ​Calum Chambers seems to have found his feet in a holding midfield role for the Cottagers rather than as a centre-back. The 24-year-old looked cool, calm and collected on the ball and along with Aleksandar Mitrovic, was one of the few saving graces of an ultimately disappointing Fulham performance.

Having signed a fresh long-term deal with the Gunners before making the move across London last summer, Chambers will hope that this experience assists him in breaking into Unai Emery's side when he returns to the Emirates next season.

Tom Cairney and Calum Chambers have done well marking Felipe Anderson out of the majority of this game.

After brushing past Fulham, the Hammers make the trip to the Etihad Stadium to take on Manchester City on Wednesday, before returning to the London Stadium to face Newcastle.

Claudio Ranieri's side meanwhile face two crucial fixtures in their bid to stay in the ​Premier League as they face Southampton in a relegation six-pointer, before hosting Chelsea in a west London derby.​