A spot in the PFA Team of the Year is quite the honour for a Premier League player, due to the XI being voted for by fellow professional players.

Many of the finest players to grace the top flight crop up in the team of the year season after season; from John Barnes to Tony Adams, Cristiano Ronaldo to Frank Lampard.

But occasionally there'll be a rogue entry, a dark horse, and for every Barnes, Adams, Ronaldo and Lampard, there's a Pascal Chimbonda. It's easy to forget how highly regarded Stephen Carr was when he first burst onto the scene, establishing himself as a first choice right back for ​Tottenham in the Premier League at the age of just 20.

Carr moved from Tottenham to Newcastle in 2004 (back when this would be considered career progression). However, a myriad of injury problems would go on to plague Carr's career, and from his fellow 2000/01 PFA Team of Year alumnus, he was the only one to wind up at Birmingham City. 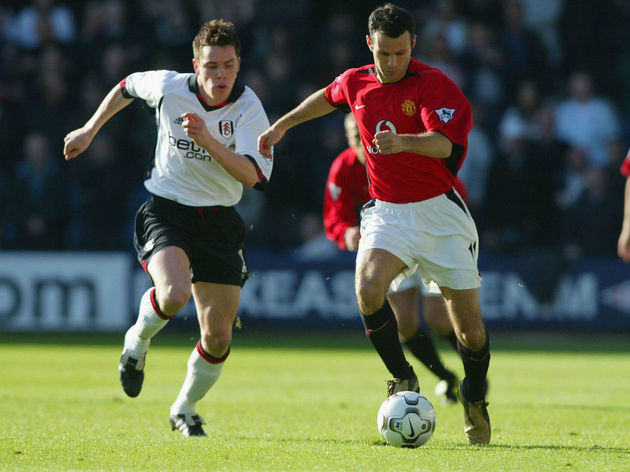 One year after being named in the Division One Team of the Year, and three years after receiving the same accolade in the third tier, Steve Finnan found himself rubbing shoulders with the likes of Ryan Giggs and Thierry Henry as he was voted into the 2002 Premier League ​Team of the Season.

Perhaps Finnan is not a hugely surprising addition given the solid career he enjoyed, particularly during his four years at ​Liverpool. However, Finnan earned his spot in the team of the year while at newly promoted Fulham.

The full-back remains the only player to have played in the top five leagues in English football, the World Cup, the Champions League, the UEFA Cup and the Intertoto Cup. Finnan was celebrating pretty hard when the Intertoto Cup was disbanded in 2008, leaving his quirky football record untouchable. During ​Crystal Palace's return to the top flight for the first time in six years, Andrew Johnson hit 21 goals, despite the club battling the drop and ultimately succumbing to relegation on the final day of the season.

The striker was the top scoring Englishman in the Premier League, and was named in the team of the season with Thierry Henry as his strike partner. What a strike force they could have been.

Despite being named in the Premier League team of the season, Johnson was playing Championship football the following year. 2004/05 really was his purple patch, and the striker never scored more than 11 top flight goals in a single season for the rest of his career. 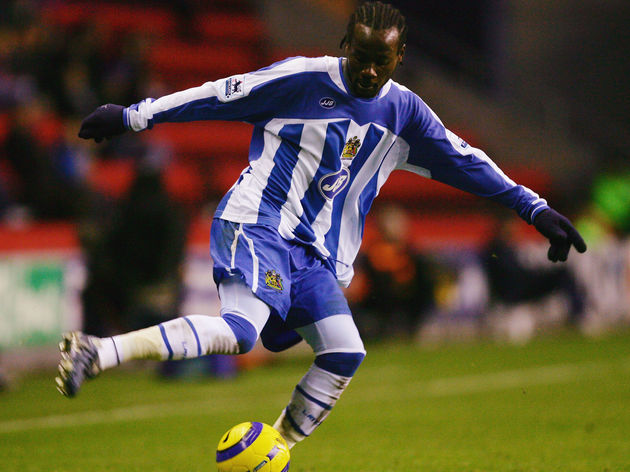 Cut the chit chat, this is the reason we're all reading this article. Carr, Finnan and Johnson were merely starters; now we're onto the main course​.

Wigan enjoyed a remarkable inaugural season in the top flight, finishing 10th under the guidance of Paul Jewell. From Mike Pollitt to Jimmy Bullard, Leighton Baines to Jason Roberts, this was a squad littered with Premier League finery. But the headline act was obviously Pascal Chimbonda, who was voted as the right back for the 2005/06 PFA Team of the Year (ahead of Gary Neville.)

Chimbonda's form earned him a big money move to Tottenham in the summer, after he classily handed in a transfer request at full time on the final day of the season following Wigan's loss to Arsenal. He moved to ​Aston Villa, and in his debut season at the club, neither Toure or Lescott were named in the PFA Team of the Year, but big Richard Dunne was.

The Irishman struck up a mean defensive partnership with James Collins, as Martin O'Neill's side qualified for the Europa League, finishing just three points behind Dunne's former side Man City. The centre back with the quite frankly stunning hair ​was always terrific for ​Newcastle, but it's still surprising to think that he made the PFA Team of the Season in 2012 when considering the array of quality centre backs in the top flight at the time.

Coloccini was voted in ahead of both John Terry and Rio Ferdinand, and had been in the Championship Team of the Year just two years earlier.