English teams are no strangers to success on the European stage.

Birmingham City ventured all the way to the final of the Inter-City Fairs Cup (now the Europa League) two seasons in a row.

In 1960, the East Midlands outfit lost to ​Barcelona over two legs, holding the Spanish giants at St Andrew's before losing 4-1 at Camp Nou. They then lost to Roma in 1961, again having held the Italian side at home, before being defeated in the away leg, 2-1.

To make it to the 1961 final, Birmingham beat Inter home and away in the semis. No English side would beat the Italians at the San Siro for another 40 years. 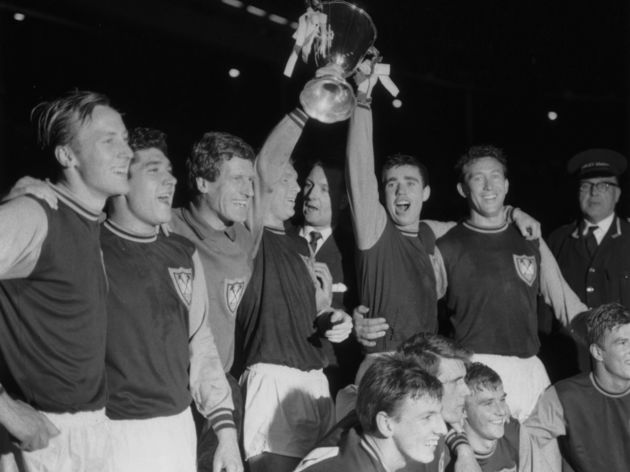 ​West Ham's fabulous side of the 1960s, which included World Cup winners Bobby Moore, Geoff Hurst and Martin Peters, won the European Cup Winners Cup in 1965 - the tournament for the domestic cup winners across Europe.

The Hammers qualified after lifting the FA Cup in 1964, and beat 1860 Munich 2-0 at Wembley thanks to two goals in three minutes from Alan Sealey.

West Ham won the Intertoto Cup in 1999 but the Cup Winners Cup in 1965 remains their crowning achievement in Europe.

Back in 1972, @Wolves and @SpursOfficial contested the first European cup final between two English sides.

​Wolves' antics in this season's Europa League is not Wanderers' first foray into Europe. The Midlands outfit played a handful of seasons in the EUFA and European Cups throughout the 70s and 80s.

In the 1971/72 season, Wolves made it all the way to the UEFA Cup final, beating Juventus in the last eight. However, they came up against fellow English side Tottenham in the final and lost 3-2 on aggregate.

Brian Clough's Derby County reached the semi-finals of the 1972/73 European Cup, famously beating Eusebio's iconic Benfica side 3-0 on aggregate in the second round.

They became only the second side in European competition to keep a clean sheet across two legs against Benfica.

Their European journey was eventually brought to an end by Juventus, who won 3-1 on aggregate in the last four - although Clough (true to form) accused the Italian side of cheating at full time. Bobby Robson's Ipswich Town went all the way in the 1980/81 UEFA Cup final, overcoming Michel Platini's St Eteinne in the quarter-finals, before beating AZ Alkmaar 5-4 over a thrilling two legs in the final.

Midfielder John Wark finished the tournament as the competition's top scorer with 14 goals, while silky Dutch duo Arnold Muhren and Frans Thijssen were instrumental for the Tractor Boys. 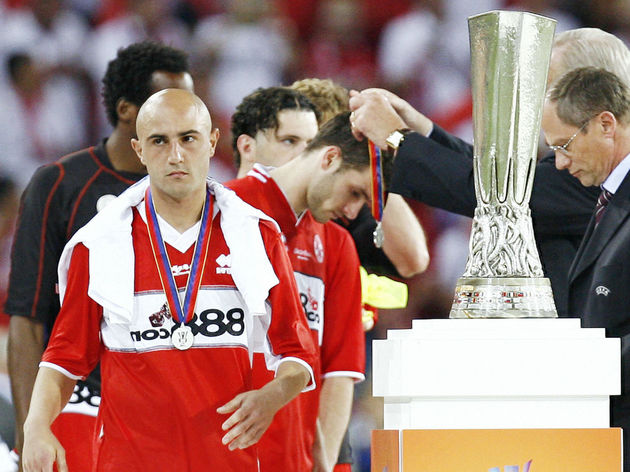 Boro staged a thrilling fightback over Basel in the quarter-finals thanks to a Mark Viduka double, before coming back from 3-0 down in the semi-finals to beat Steaua Bucharest 4-3 on aggregate. Viduka again grabbed a brace, and Massimo Maccarone scored a last-minute winner to book Boro's place in the final.

Unfortunately for Middlesborough, the magic ended there as they were comprehensively beaten 4-0 by serial winners Seville in the final. Roy Hodgson saw where a UEFA Cup run had landed Steve McClaren, and put in a premature audition for the England manager's job with Fulham in 2009/10, taking them right through to the final.

Fulham's most remarkable result of their run to the final was the victory over Juventus. The Cottagers came from 4-1 down on aggregate to beat the Italian giants 5-4 thanks to a stunning 4-1 victory at Craven Cottage.

Despite a valiant effort in the final, Hodgson's side lost 2-1 to ​Atletico Madrid in extra time. Diego Forlan scored twice, and David de Gea and Sergio Aguero also lined up for Atletico. Fulham started with Paul Konchesky and introduced Jonathan Greening as a 117th minute super sub.