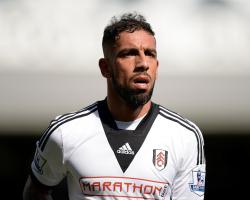 Dejagah was one of the few players to impress at Craven Cottage last season but Fulham have been unable to retain him following their drop into the Sky Bet Championship.

The 28-year-old made 49 appearances, scoring six goals, in his two years at Fulham and manager Felix Magath admits his departure was the only option open to club and player.

"Having spoken with Ashkan, we decided in the best interest of both Fulham and himself, that he would leave," Magath told the club's official website

However, we have decided to part ways

"It will always be our policy to have players who are committed to the club and have a desire to work for the common goal."