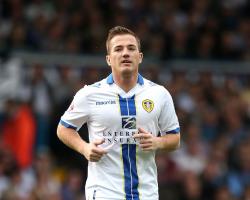 The 27-year-old, who has signed a four-year contract at Craven Cottage, was the top scorer in the Sky Bet Championship last season after hitting 29 goals for Leeds

A statement published on Fulham's official website on Tuesday read: " Fulham Football Club is delighted to announce the signing of Ross McCormack from Leeds United for an undisclosed fee

"The Scotland international, last season's top scorer in the Championship, has penned a four-year deal with the Whites, with the option of a further 12 months, potentially keeping him at the club until the summer of 2019."