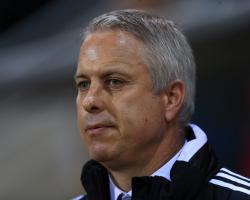 Fulham 0-5 Watford: Match Report - view commentary, squad, and statistics of the game as it happened.Hornets fire five at FulhamTroy Deeney reignited Watford's promotion bid with a hat-trick to demolish 10-man Fulham 5-0.The Hornets had lost their previous four matches to slip from top of the Sky Bet Championship table to seventh, but they rediscovered their early-season form in style while putting a dent in Fulham's recent revival.The hosts were looking for a fifth win from their last six home games, but it never looked on the cards after Almen Abdi opened the scoring and Fulham goalkeeper Marcus Bettinelli had been sent off with barely 20 minutes gone.Deeney hit the second goal from the resulting penalty, after Bettinelli's dismissal, added a third before half-time and completed his treble in stoppage time after Abdi's long-range strike.Fulham barely mustered an effort on goal while Watford, by contrast, had already twice gone close to opening the scoring in the first 10 minutes.Daniel Tozser's curling free-kick looked destined for the top corner until Bettinelli flung himself across goal to make a superb one-handed save.Then Bettinelli was beaten after rushing out to meet Deeney as he chased a long ball over the top, with the striker nodding the ball over him towards an unguarded net

But Konstantinos Stafylidis had read the danger and bailed his goalkeeper out with an acrobatic clearance on the goal-line.However, Watford grabbed a deserved lead after 15 minutes when Abdi took over free-kick duties and drilled a low shot through Deeney's legs and underneath the jumping Fulham wall, with a slight deflection leaving Bettinelli wrong-footed.Fulham's evening went from bad to worse three minutes later when Bettinelli clipped Matej Vydra as the Czech striker attempted to round him, earning the Hornets a penalty and the home goalkeeper a straight red card.Gabor Kiraly was summoned from the bench to face Deeney's spot-kick, but he was promptly sent the wrong way as the Watford skipper celebrated his first goal in six matches.With the Fulham defence all over the place, Deeney took his tally for the season to six when he latched onto Gianni Munari's header back into the box and prodded the ball through the tracksuited legs of Kiraly eight minutes before the break

Any ambitions Fulham had of an unlikely comeback were ended six minutes into the second half, when Abdi collected Vydra's pass and took a couple of steps forward before unleashing a powerful, curling drive from 25 yards into the top corner.Deeney completed his hat-trick deep in stoppage time, racing clear to beat Kiraly and cap a welcome return to form for the Hornets